THE BASICS: Rabble is simple. Team games, coloured bibs, running about in the park and basically getting to act like a school kid again, but without the hideous kit or shadow of double maths after your run-around. The games you’ll play vary between

THE CLASS:I was a bit apprehensive about this session simply because it was an hour of team games and I’m not really arsed enough to be competitive, so I arrived timidly and was a bit worried about some of the confident people waiting to start The Great Escape in Shoreditch Park!

The lady who signed everyone in was incredibly friendly and chatty, which helped set me at ease. There were a lot of newbies (at least half the class!) so I relaxed further, and then Ele, one of my besties from my actual School-days turned up and I hid behind her, just like most of our youth. I did feel a bit like we were getting ready for school sports day!

We were split into two teams and put on our bibs. We had a few warm up games of tag with the rules changing up frequently. I forgot myself in about 3 minutes and was running round, giggling like a school girl, and actually having a whole lot more fun than I used to in the playground as a shy little kid!

Dodge ball next- and the balls were giant inflatable core balls which was fun! I was utterly useless as a dodger, and I gave up trying to dodge the ball, instead just standing with my eyes screwed tightly and my body rigid, waiting for the inevitable BOINK against my head, but it was still funny.

The Great Escape began after this- nice and simply at first, with cone collection and tag being the aim of the game. A couple of times one or two Highly Competitive People on my team yelled instructions or to hurry up in what I thought was an unnecessarily aggressive manner, but I think I probably just needed to chill out a bit- this wasn’t school and even if I was being told “GET OVER THERE NOW!” I was able to amble over if I so wished, so tried not to let it make the little school kid within feel rubbish or worried! 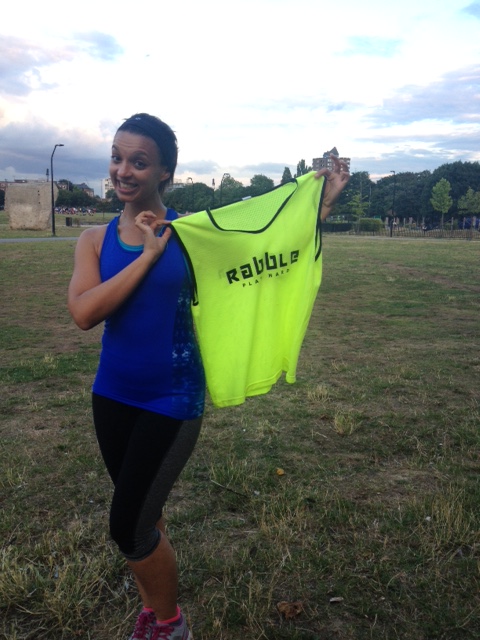 I think there’s just a spectrum of competitiveness in people, and I am at the Buddha end of that scale (which in turn, must be infuriating for others!!) Probably wise to at least try and get some competitiveness coursing through your veins if you’re attending an hour of team games, but maybe just remember that it is just a game, and not to get too wrapped up in it J

Aaaaaanyway, I was utterly lost and confused for most of The Great Escape, which worried me at first, but when I looked around, I noticed lots of others were too. This made me relax, laugh, and enjoy. All I knew is I was going to get tagged frequently, and should try and run my little leggies to victory but not to get too anxious if I didn’t know what direction I was meant to be going in!

And at times, I just stood where I was and yelled “What do I do now?!!!” and someone would sprint past and yell the rules at me in a helpful manner, which was jolly friendly!

I have absolutely no idea who won, but I do know that there were a lot of smiling, sweaty adults panting like they were exhausted school kids in Shoreditch Park after an hour of sprinting. I also barely realised how much running about we did until the next day when I tried to get out of bed and my muscles were having none of it! Which I think is the point. 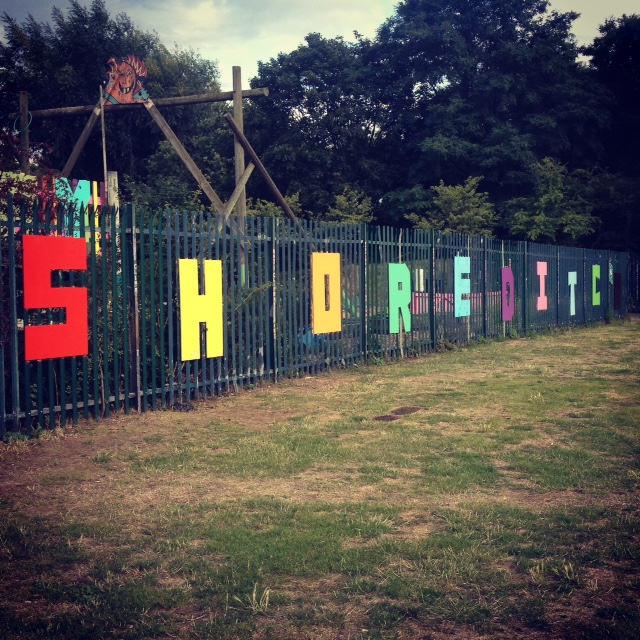 THE VERDICT: A great way to forget jobs and mortgages and credit cards and bills, and be a massive kid for an hour a week. Approach it with a care-free manner, aim to spark a little healthy competition within, and you shall be rewarded with a load of sweat and some new friends.

THE EXTRAS: Social drinks in the local pub after the games are a) infinitely better than double maths and b) there to remind you why sometimes, it’s actually better to be a grown up. Mmmmmmm. Wine.