THE BASICS: This Functional Fitness class was a 30 minute outdoor circuit style bootcamp in Queen’s Square, Bristol. For this particular “Stress Breaker” sesh, drop in was £7 and it was £60 for a block of 10 classes. Prices vary. Outdoor bootcamp and indoor training with Functional Fitness is also available at other locations around the city, including a longer, Saturday morning outdoor session up at Ashton Court. Class details HERE.

THE CLASS: We met by the distinctive van and no time was wasted in getting the small and welcoming group of us warmed up. This was a quick lunchtime blast of a class, after all!

Friendly, good natured banter was top of the agenda as we got warm and ready to work hard. I immediately felt included in the group and was able to join in with the laughter as if I’d been going every day for a year. That felt really nice!

The circuits were simple and effective, with some impressive equipment laid out considering it was a quick blast of a class. Think battle ropes, boxing gloves, pads, and best bit of equipment (in my humble opinion) was the cider keg! This was for two reasons – firstly, I’ve seen this keg-over-head challenge on World’s Strongest Man and every year I nonchalantly exclaim “I could do that” while I stuff my face with christmas food watching it on the TV. So now I finally had my chance to prove it.

And secondly, I’m still getting used to the differences between Bristol after I moved here from London… a cider keg becoming an integral piece of gym equipment certainly gave me a wry smile. So THIS is exercise in the West Country? Brilliant. I’m down with that! 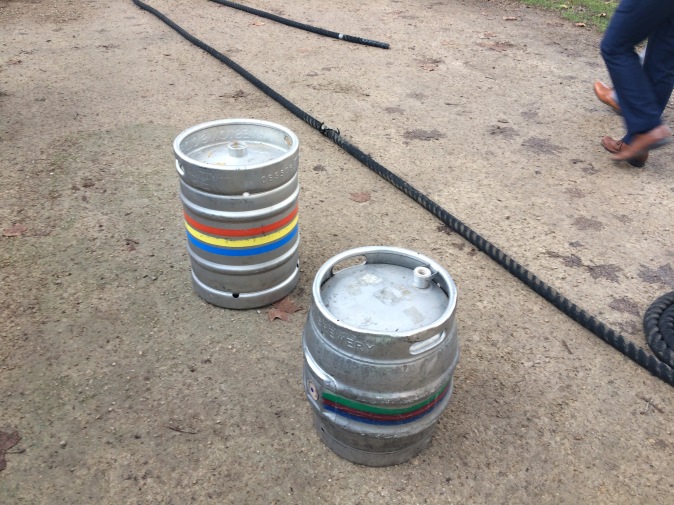 Anyway, five stations of varying functional movements that we moved around. We gave it our all at each station, and Joel and Rich who ran the class have individual attention to each of us, advising on form and keeping us motivated.

20 mins in and I was dripping with sweat and gasping for air. I’m guessing this was called stress breaker because you can’t focus on any stress in your head when you’re trying to remember how to breathe. 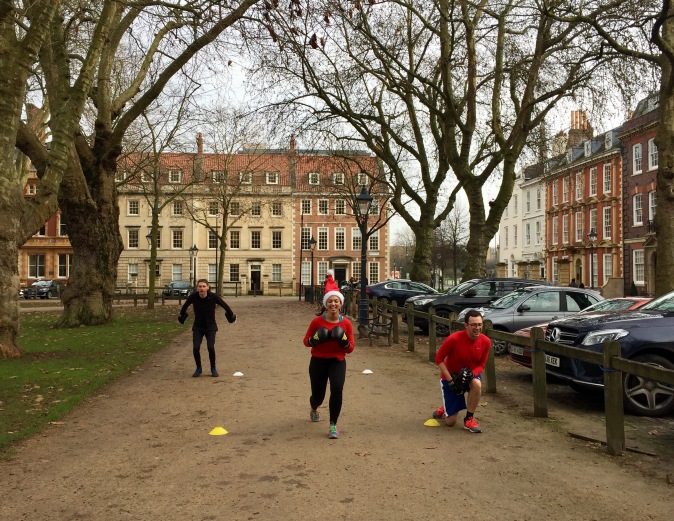 It was over as fast as it had started with a warm down and equipment pack up, although most people seemed ok with taking their time to finish rather than rushing back to their offices!

Some of these pics were taken at the christmas special… I don’t make a habit of turning up to classes dressed like santa! The West Country isn’t THAT different.

THE VERDICT: Super friendly and immediately welcoming, I feel lucky to have found this class so close to my house! You definitely get enough of a sweat on considering it’s only 30 mins, and the size of the group means you receive a good amount of individual attention to keep you focused and on form. I shall be back!